Will Farmland Prices Continue to Rise? 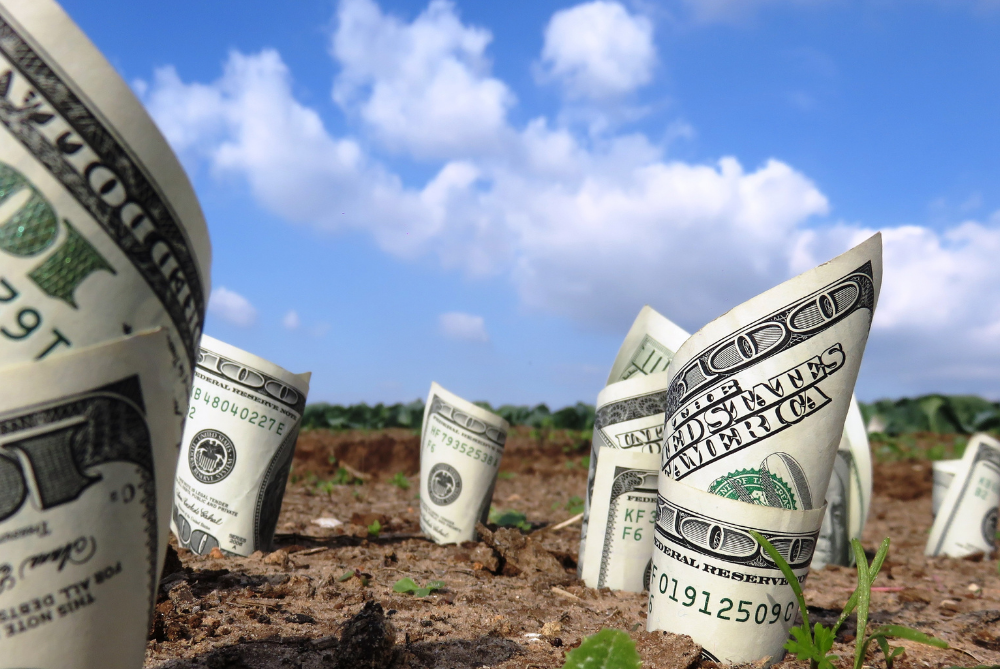 It’s natural to want to know as much as possible about the potential return on any type of investment you’re planning on making, before you actually commit your hard-earned savings.

For example, you’re in the process of doing research into farms as a place to park some of your money, hoping your investment will grow along with the crops being harvested. You may even already know people who have invested in agriculture because of the long-term potential they’ve determined for growth in this sector.

So, farmland looks like a good investment to you, but you wonder what the future might bring.

Certainly some measure of patience is called for when investing in farmland. That’s because while experts have plenty of data to help them predict outcomes in agriculture, there are many natural processes with variables no one can foresee, from a rare pattern of extremely bad weather to shifts in consumer demand for different products grown on the nation’s farms.

International relations play a part too, as the U.S. exports vast numbers of agricultural products, with trade agreements affecting future profits or losses. A farmland investor will therefore stay on top of developments in geopolitics just as he or she would want to be aware of, say, the legal distinction between organic and conventional farming or how such a designation might affects sales.

Despite ag economy fluctuations, agricultural land prices have remained stable in the past several years. Producer incomes were impacted, but the market was largely unaffected except for some of the hardest hit areas or segments. Land values, historically low interest rates, a low supply of available land, and a high demand for good cropland continued to support the market during this period.

Making a Case for An Upward Trajectory in Farmland Prices

What’s the prospect of success for an investor hoping to see growth in value when it comes to farmland?

Many in the banking industry are anticipating stability and growth. “According to a survey of 137 agricultural bankers, 58% expect farmland values to rise during the January through March period of 2021, and 42% expect them to be stable,” according to Investopedia. Not a single banker surveyed anticipated a fall in value.

Experts think that aside from lowered interest rates, farmland increased in value from the previous year because of a boost in revenue from soybean and corn producers. Investopedia pointed out that Goldman Sachs recently reported that a growth in commodity prices in 2021 “will actually be the beginning of a much longer structural bull market for commodities.”

The U.S. Department of Agriculture gathers and maintains statistics about the worth of farmland. “USDA's annual June Area Survey indicates that farmland values began rising in 1988 and, except for single-year declines in 2009 and 2016, have continued rising.”

Of course, not all areas of agriculture will perform to the same level of success. The USDA explains that “Regional farmland real estate values vary widely because of differences in general economic conditions, local farm economic conditions, government policy, and local geographic conditions that affect returns to farming.”

So farmland in the corn belt might rise to twice the average value nationwide, while some mountain region farmland real estate you had your eye on gets lower than average returns. Instead of making blanket assumptions about growth in agriculture investments, get specific details about the particular type of farming you want to invest in first. More information is your best hedge against any potential downturn in agriculture.

In response to COVID-19, the demand for all kinds of land has increased. More people are considering land as an investment. Someone might desire rural acreage as a place to live away from urban centers, or they may choose cropland if they are looking for a safe, long-term investment. The bottom line is that the buying interest in land has increased.

“The overall supply of good cropland for sale is on the low side and is similar to the past few years. Despite the slower ag land market, the dollar amount of land that Farmers National Company is currently selling for its clients is near record levels at $300 million,” says Randy Dickhut, senior vice president of real estate operations at FNC.

It is not anticipated that there will be a significant increase of government money for producers in 2021, however, it is expected that net farm income will come from the market. High land prices are also supported by historically low interest rates.

Will the increase in land value continue?

Ag land supply is unlikely to change much in the future since most of it will be sold by inheritors, estates and non-operating families. A foreseeable increase in forced sales is not expected by lenders for another year. Good cropland will continue to be sought after by both farmers and investors. As with the past few years, the same land price supporting factors are likely to continue throughout 2021 and beyond.

The Simplest and Perhaps Least Risky Way To Invest in Farmland

More individuals are becoming interested in expanding their range of investments by putting assets into farmland. If you assume that farmland prices will maintain an upward trajectory, based on historical data, it makes sense to make an investment in farm land.

This is where FarmFundr comes in. We offer the opportunity to take fractional ownership in a working farm and the land it sits on. For as little as $10,000, you can purchase a share of an LLC that owns and operates a heavily-vetted, sustainable and high-profit potential farm operation, managed by expert farmers. Members can benefit from the crop sales (if it's an existing orchard or crop), but most importantly, retain the ownership of the land which may appreciate over time.