A Brief History of California Farming for Potential Agriculture Investors 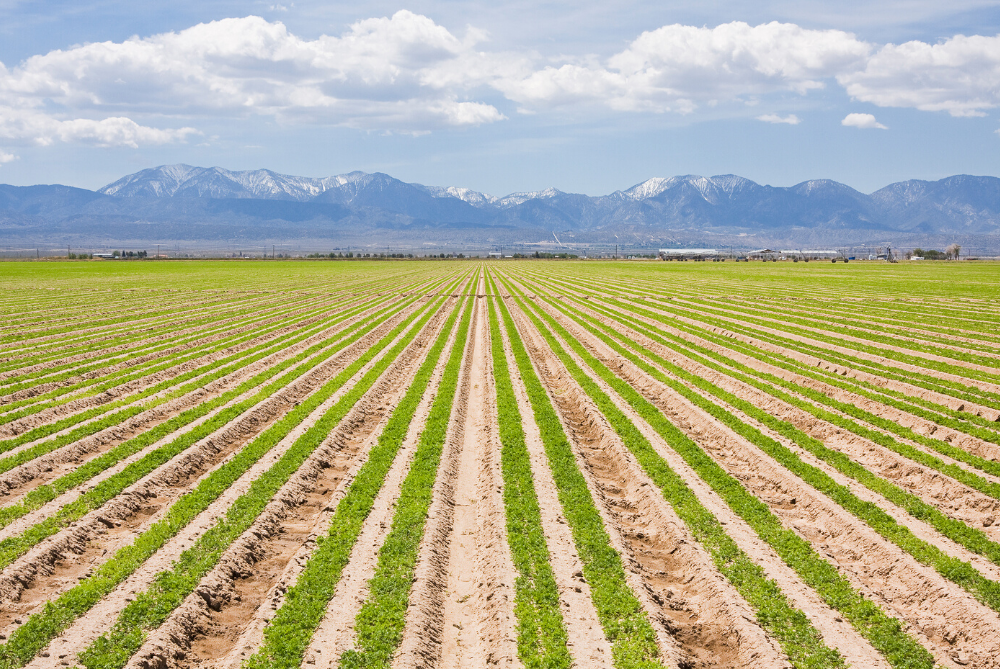 Anyone who anticipates investing in a particular industry or sector of the economy is well advised to learn as much about it as possible before putting in some hard-earned cash.

After all, the more context you have about how businesses operate in the economy and their relationships with other industries, the better prepared you will be to invest wisely instead of out of emotion.

Agriculture is always with us and California farmland presents a huge opportunity for investors.

California is renowned for being a major source of agricultural products. Farmers and ranchers in the Golden State brought in more than $50 billion in payments in 2019, the most recent figures available from the California Department of Food and Agriculture.

Agricultural exports from California reached $21.7 billion, ranging from almonds to dairy products to wine. More than 33% of all vegetables and 66% of nuts and fruits grown in the United States are harvested in California.

In 1919, the California Farm Bureau Federation was founded, from delegations of 32 separate California counties, according to the CFB. They worked together to create the Cooperative Extension Service based out of the University of California.

Between 1921 to 1924, the CFB served as an exchange to help farmers market their grain cooperatively. The federations is also responsible for setting up county mutual aid companies for fire insurance in rural areas, later expanded to other forms of insurance farmers need, such as for vehicles.

Members of the federation worked to address farm policies as well as to obtain educational resources, and assistance in sourcing higher quality, lower costing seeds.

During the period between 1941 and 1973, the post-world War 2 economy was coming back, with innovations developed in battle (scientists had developed insecticides to control bug-borne illnesses) helping farmers boost production significantly.

The University of California’s California Agriculture Time Line notes that DDT and other new pesticides contributed t “the second American agricultural revolution,” with additional support through fertilizers and soil conditioners.

By about 1950, farm irrigation had developed to the point that the Central Valley as well as desert valleys were able to flourish with water coming from the Colorado River.

In 1965, U.S. President Lyndon Johnson ordered the Department of Labor to end the bracero program, which allowed for seasonal workers to tend to labor-intensive crops, notably the tomato harvest. With disruption in the labor pool, California farmers switched over to mechanical tomato harvesters, with all tomatoes picked this way by 1970.

By 1979, California’s legislators approved funding for the Integrated Pest Management project, designed to improve how we protect crops fro pests. Today, the rise of organic produce has grown in leaps and bounds.

Will Farmland Become Part of Your Portfolio?

California is a major source of agricultural products that feed not just the state’s inhabitants, but the entire nation as well as many other countries that rely on our exports. Since farmland is historically a stable investment, it’s an investment of choice for many conservative investors.

Navigating the complexity of fractional farm investments is a task that you’ll do much better at when you consult with trusted advisors, such as the agriculture experts at FarmFundr.